other releases from gorky 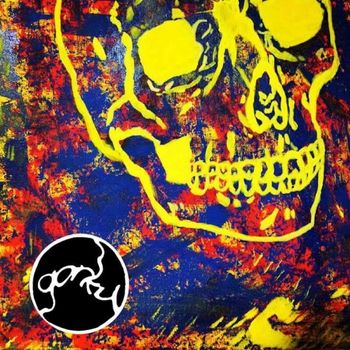 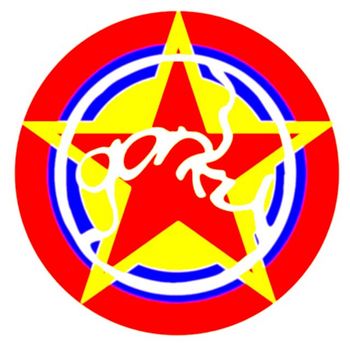 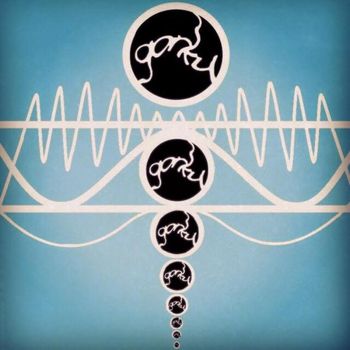 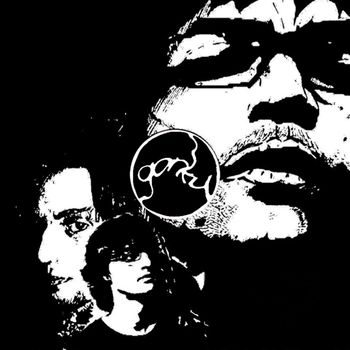 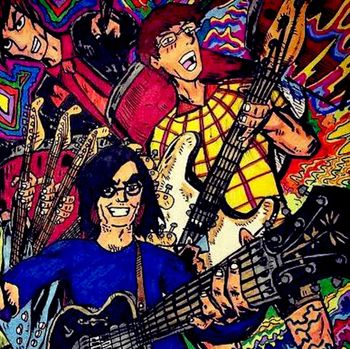 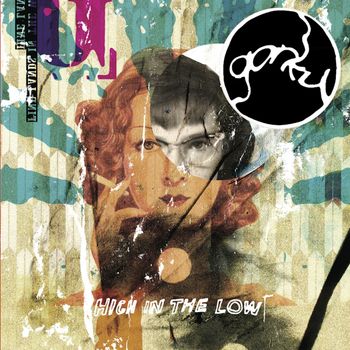 mathemagician was released the same day as jesse valencia's debut nonfiction book keep music evil: the brian jonestown massacre story, in april of 2019 while jesse was in his second semester at the david lynch film school. that same week, gorky embarked on their first-ever tour through arizona and california, doing book events during the day and shows at night. needless to say, it was a busy time.

the band had come a long way since their garage rock beginnings of 2010's high in the low, but instead of abandoning their original sound, with mathemagician the band crafted their magnum opus. the result is as solid a rock and roll gem as potent the strokes' is this it? or the white stripes' white blood cells from two decades earlier.

the band also took time to recover from firing guitarist houston ellsworth, as well as the enormous grief felt amongst them and their small community of fans by the unexpected death of fan skye perez. the paired blow of these events sent the band back to the drawing board as jesse prepared to release keep music evil through jawbone press.

though the group had been through numerous incarnations and line-ups over their nearly-20 year history, jesse had guided the band and their sound through all of it. now, having learned the craft of recording from the bjm's anton newcombe through writing his book, jesse sought to apply what he had learned from bjm to gorky. the result was mathemagician.

continuing the trend of re-recording new material from their eponymous fourth record, new versions of "roll with me" and "sing a song if it makes you happy" were recorded for the album. it also features studio versions of two songs originally debuted on live at phoenix comicon, "am radio" and "cosmonautical."

the cover of the album, like every record with the exception of high in the low, features art by valencia and was inspired by his practice of transcendental meditation, which he was taught as part of his education while at the david lynch film school.

All songs by Gorky
Recorded at benjamin turner's house, show low AZ
and the gorkstation, show low az
2016-2018
Engineered by benjamin turner and jesse valencia
mixed and Mastered by Jon Weil for Fuzzywallz

live at phoenix comicon was recorded right as the band hit a new peak, and just as they were about to experience another fall not felt since gregg left the band two years previous, or since jesse got into his accident nearly a decade earlier.

by summer of 2016, jesse had finished both probation and college, and was on track to publishing his first book, keep music evil: the brian jonestown massacre story. he'd also enjoyed something of an emergent acting career, appearing opposite tom sizemore in the indie crime drama durant's never closes and landing all the members of gorky cameo roles in the underground horror film bride of violence, while also contributing score to both films.

travis mills, who directed durant's and bride, had collaborated with jesse on the music videos for "#datass" and "super drunk," which in a short time garnered tens of thousands of views. after years of struggling, gorky finally was on the map as far as the local arizona scene and press was concerned.

the band were showing the parody video for "super drunk," which featured them dressed as flintstones characters and filmed at a local flintstones-themed kiddie park near the grand canyon, at that year's phoenix comicon 2016 film festival. they were also scheduled to perform that night at last exit live, and arranged to record the performance. the result is the most accurate representation in existence of the band's sound and direction at the time.

during the show, the band would debut two new songs which would carry over to their next album mathemagician, "am radio" and "cosmonautical."

while the album features guitarist houston ellsworth prominently, houston's time in the band would be short-lived as he focused more on his own music and eventually left arizona after several young women came forward accusing him of sexual assault. while it is not known if any charges were filed, houston was subsequently fired from the band and soon after moved to texas, where he now performs and records under the name chief swiftwater.

following these revelations, while he never contributed creatively to the band or their music, all references to houston ellsworth in materials owned by gorky records, films, and publishing were subsequently removed.

shortly after houston was fired, the band went away for awhile to regroup and so jesse could finish work on keep music evil. then, in 2018, while working on mathemagician, jesse was accepted into the david lynch mfa in screenwriting program the same day jawbone press in the uk offered him a contract for the book...